Today was a busy studio day with a back-up of frogs after the trip the day before.  I learned my lesson with that one, the frogs do not last long, unlike the fish.

The amphibian team has had some troubles at night with getting the truck stuck, the day before they had to spend the night in the forest.  Tonight it happened again, but thankfully they were able to reach us by phone and we headed out to pull them out.  It’s been tough for them; long nights and  getting stuck really aggravates the nerves.  Tobi jinxed himself by saying he has never had to spend the night in the forest away from camp, and sure enough the next day he had to.

I’ve only had to send the night in the forest unplanned for a few days, but thankfully I had a one man tent with me.  It was my 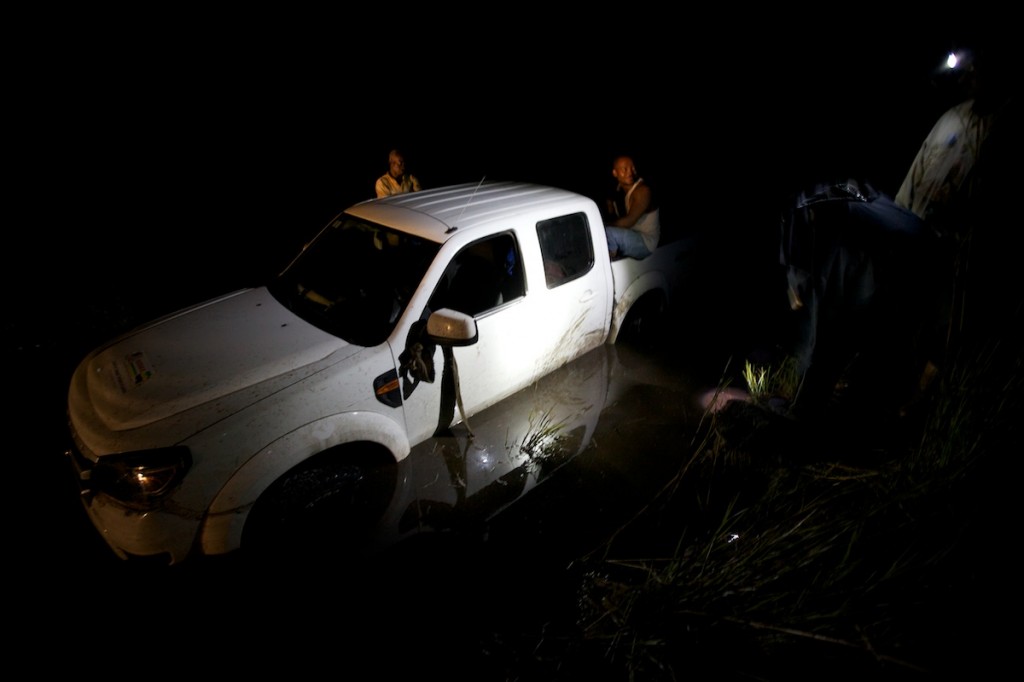 first trip in the forest with only Nick, without the family.  It was a good learning experience, Nick thought he new the trail and that he didn’t want to wait for the porters since they took too long, and sure enough we took the first wrong turn and went deeper and deeper into the swamp of Ndoki National Park.  It was in the days of the first watches with compasses (that do not work at all) so that “helped” us go off track.  The great Marcel from Bomassa saved us; we ran into one of his cuts in the forest, with a nice arrow point to camp…  Nick then said he knew the trail again and we should go the opposite direction of the arrow since that would lead to the forest camp. I refused and I think its the one time in my life Nick has had to listen to me, thankfully we eventually got back to camp.  It was Thanksgiving while we were lost, so we had puddle water to drink and Cliff Bars to eat.  It was a great bonding experience, we burned Pickwick papers to start a fire, and shared the one man tent.