The small mammal team has arrived and the work is completely different then the others.  They are catch and release and its more of a study of the virus carried by the small mammals in the area.  I will take studio shots of the animals when it is an option, the stress of being handled a lot is hard on the little guys so the black background will only come in when the scientists think it is safe for the animal.

Chris and Peter are the two vets from the zoo and Rosalie and Wilfrid are Gabonese who will assist and i.d. 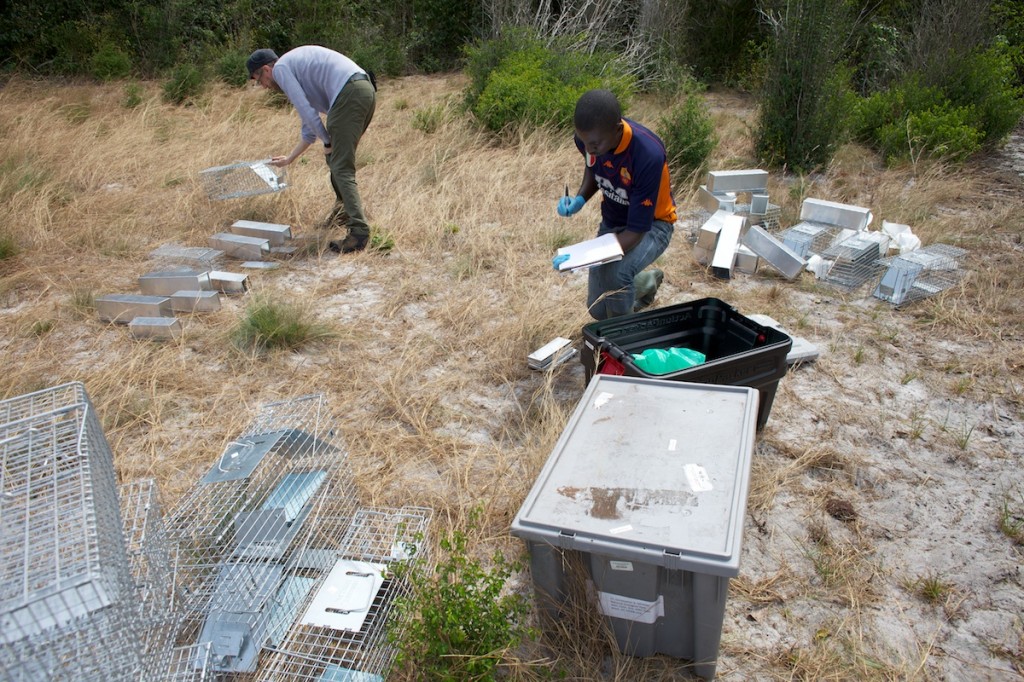 the animals.  So far it seems to be two species with a shrew thrown in if we are lucky.  I am waiting for a larger fish tank for the studio work. I’m having fun taking photos of the teams work, I have never seen this kind of vet work before.  Drawing blood and taking feces/urine samples from tiny critters is no easy task.  Especially since they need to be safely knocked out first so they are not in pain.

I can be artistic with the large group and my 24mm, but that also means the tiny mice are hard to see…  Not

to mention all the work is done in the field under the shade so there is the blinding sun in the background, which I work around.  The other side of the work is mostly macro with a single flash because I need to move around and not be in anyone’s way.  I am noticing there is a lot of clutter, which I don’t like in photos and it is not easy to work with. 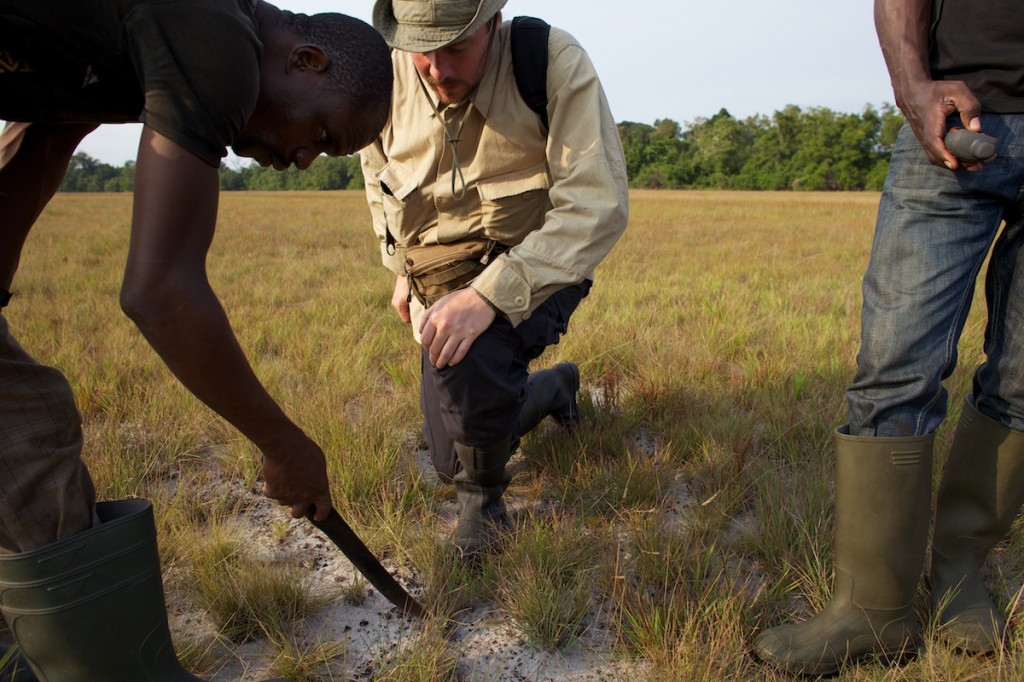 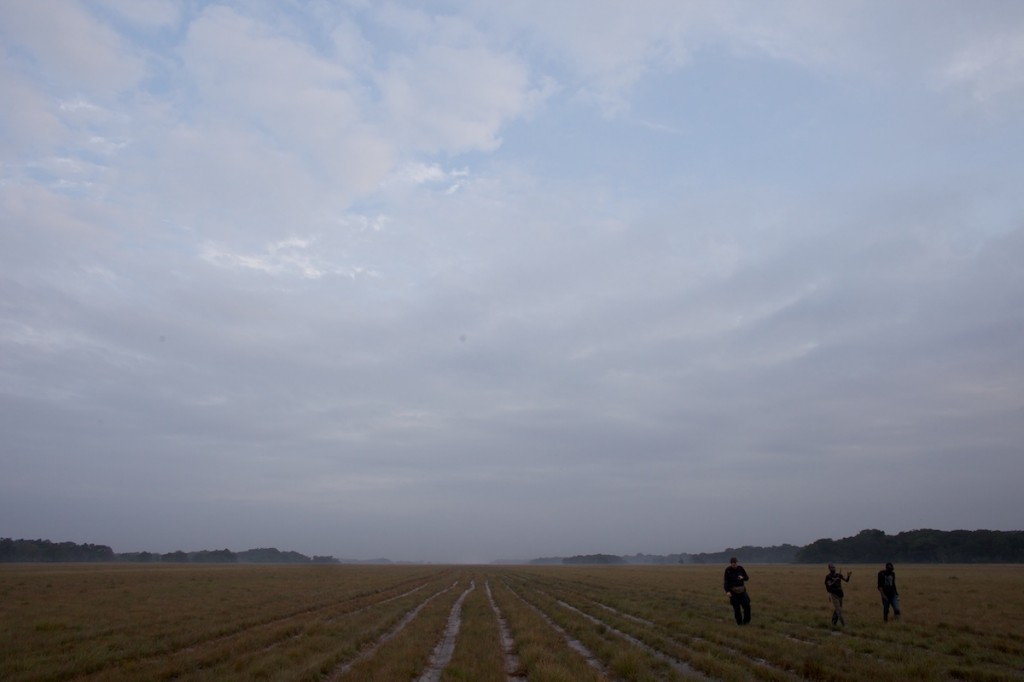 I have been out with the large mammal team every day, we have been walking a lot.  We have heard a lot of monkeys, we tried to photograph them in the forest but my one shot was too dark, and they were quick as usual, so it’s hard to capture them in a photo.  We have seen a buffalo within distance but he ran into the forest tout suite; the other buffalo we saw was beyond the distance of any zoom lens available to mankind.

Maybe the large mammals are hunted (though not the monkeys) or maybe it is just the environment.

There is a lots of savanna with patches of forest but poor nutrient soil.  If I had some camera traps this would be a piece of cake, but I did not have time between obtaining the job and leaving to find/make/borrow some camera traps.

I am seeing more landscapes and starting to understand the area better.  When it is the rainy season the savanna floods, lots of fish rush in, and the fisherman show up.  I wish I had a chance to return during the rainy season, the drastic change would be great for the photo story.

It has been tiring, but fun with the large mammal team.  I had no idea the savanna could change in looks so much, not to mention the gallery forests.  It is a whole new environment every day.  The trees closer to the beach have a lot of character and the savanna stretches on like a great landing strip.

I also learned some more history about the area.  It seem Mouloundo is an old village that was abandoned.  The area also was logged many years ago which surprised me, they used the Nyanga river as a exit point for the lumber and the town where the families (one really) of Mouloundo relocated is where the old logging camp is.  An old burned up cessna sits in the savanna outside of town.  Legend has it, the salary man of the logging camp had the cessna crash so he could hide all the money and say it was burned up! 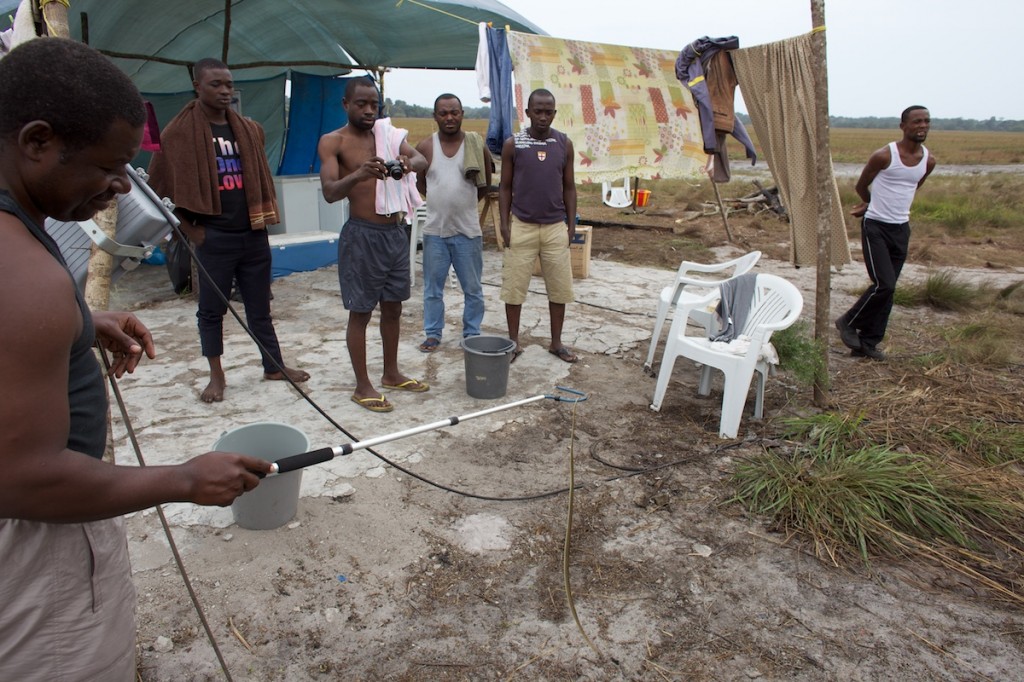 I have been making the current list of species photographed with the teams today. I had not noticed we had such high numbers until I put them all in a list. The fish team was very prolific and they have edged out the amphibians with the number of species collected and photographed.

I also have had a snake visitor to my tent every few days. He crawls into the screen part and pops his head in, looks at me, and then slowly leaves. He is quite pretty and Tobi says he is not too poisonous… the snake has never been aggressive so I was not worried. Tobi moved him far away, though I am sure he will just make his way back at some point. 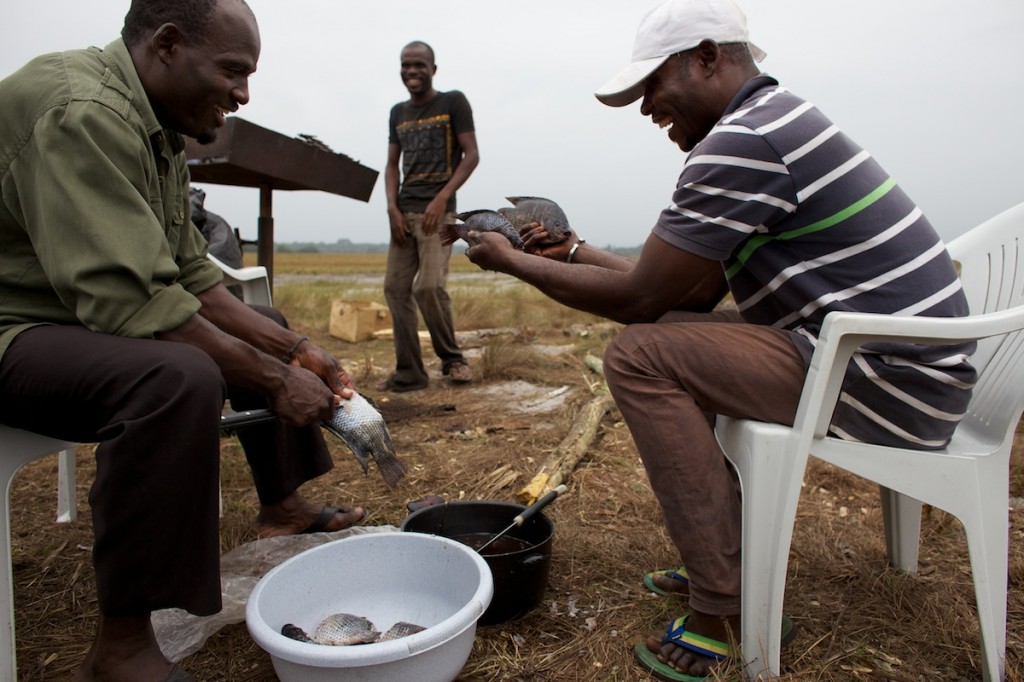 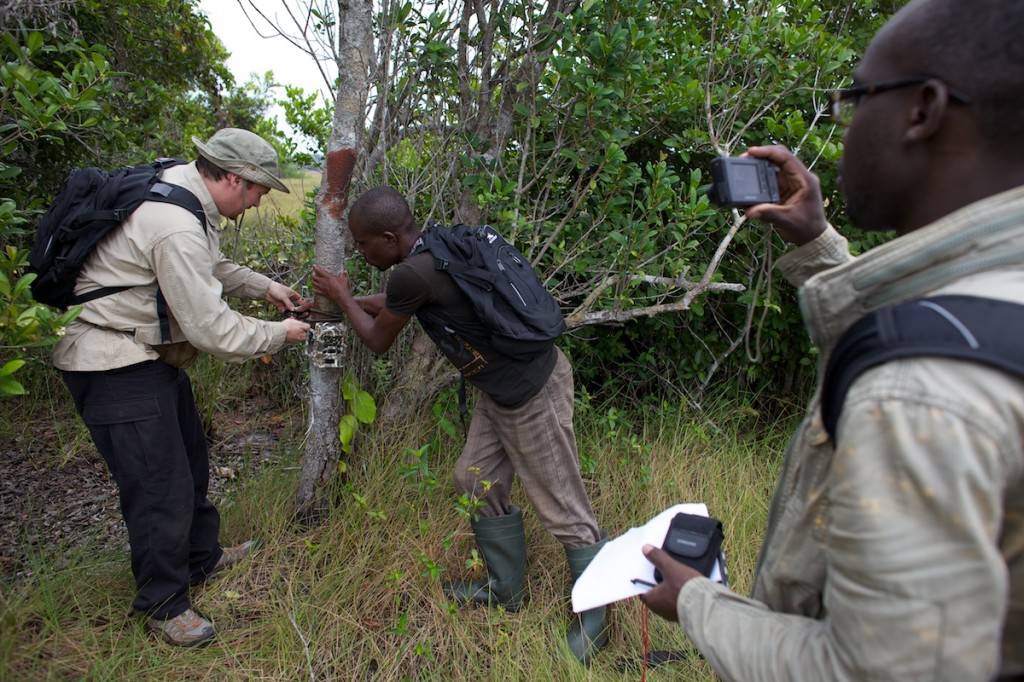 I tried to take a break in the morning after the long night, we were out until 1:30am, which is late for me in the field.  I am usually in bed right after dinner.

Hadrien arrived today with the two members of the large mammal team.  He is training them, so I photographed the short learning lesson they had.  They are using animal tracks and camera traps to help identify the number of species in the area.  Afterwards we talked about how to fix the camp so it runs more smoothly.  We are lucky to have such a great team.